How do you change your world? One word at a time, one heart at a time

DW, aka the Duke of Wellingtons, just loves Facebook and will visit multiple times a day. Me… not so much.  Usually once or twice a month is my preference.  With all the political unrest and race violence happening right now that’s pretty much my max.  His explosive reactions tell me what’s going on anyway, so I’m usually pretty much up to speed.

In a world gone mad I’ve been finding it a challenge lately to reconcile God’s goodness with His justice, which He promises will always win out.  I’m also an avid reader and have learned many spiritual lessons from, of all things, fiction.  Take a for instance:

“I’d like a featherbed world…where a guy couldn’t land a blow on someone smaller than himself, where no one ever got to touch me without my consent.  That’s the world I would have created. But God decided to create a world where free will was more important than no one ever getting hurt.  There must be something stunningly beautiful and remarkable about free will only God can truly grasp… God sees something in free will and choice that is worth tolerating the horrifying blackness that would appear if evil was chosen rather than good.  I find that utterly remarkable.”  – author Dee Henderson, from the book Taken.

I don’t know about you but to me this reads like the evening news.  It also explains a lot in my world.  Like the fact that this morning I saw a video of a guy in a mask kicking an old homeless guy mercilessly – an innocent soul just pushing his cart along the street – for no apparent reason.  Which makes me wonder three things.  Who was videoing it, how did they know to capture the event, and why did it happen in the first place?

I don’t know if I’ll ever understood random senseless acts of violence, but one thing I do know.  In the immortal words of S M Lockridge, “it’s not a skin thing, it’s a sin thing.”  It’s getting easier to see how most of the world will be deceived when the anti-Christ comes on the scene, which Daniel 9 verses 26 and 27 speak of, and why ‘many’ will do anything to obtain a false sense of security.  But at what cost?

Dear reader, your soul is your most precious possession and if you’ve never made Jesus Lord of your life I urge you to do it today.  The day is coming when giving up life will become a guaranteed certainty.  Make sure you do it for the right reasons.  Think through the eternal consequences of a decision to both follow or walk away from Him.  Whatever choice you make, if you’re still here don’t take the mark.  May God give you true peace in uncertain unstable times, and I pray I get to meet you in heaven.

I don’t often address current political issues but I’ve finally had enough.  I care!  Do you?  Enough to do something?  Say something? 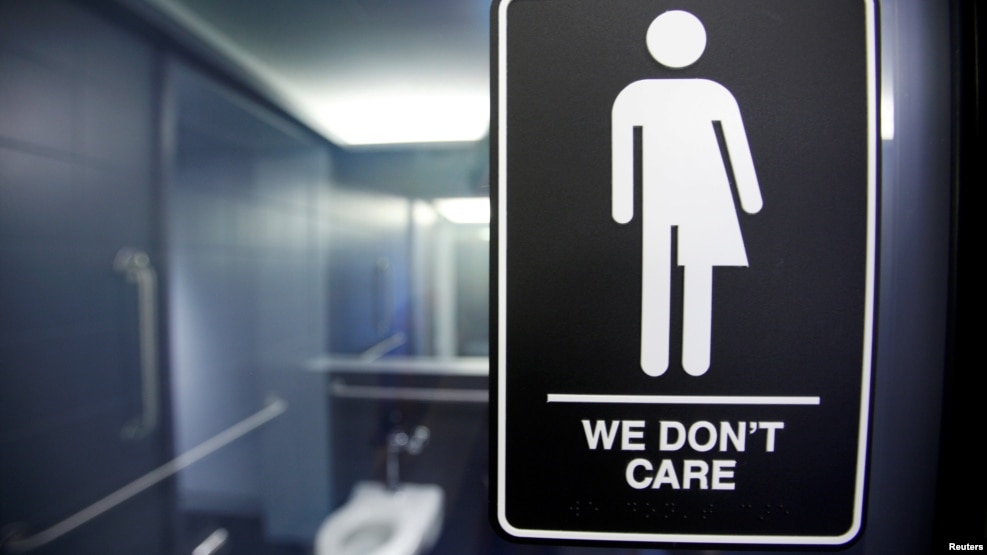 Well, since I’m part of that “we”, that statement is untrue. Law makers don’t get to make my choices for me.

North Carolina has been getting grief from many quarters on one issue, to the point that some have chosen to “boycott” us.  So much for living in the land of the free.  I suspect the brave are rethinking their stance on the issue too.

“An earlier report published in April 2011 by the Williams Institute estimated that 3.8 percent of Americans identified as gay/lesbian, bisexual, or transgender: 1.7 percent as lesbian or gay, 1.8 percent as bisexual, and 0.3 percent as transgender”.

I do realise I’m in the ‘minority’… even though I’m actually in the majority in North Carolina – the others don’t have enough moxie to speak out – but I’m sick and tired of 3.8 percent of the population of a country supposedly deciding for me how I can and cannot live my life.  I’ve never imposed my views on one of that 3.8 percent, and I doubt I ever will; I choose to pray for them instead.

If my children were still young right now I’d be driving them nuts every day.  They wouldn’t be going anywhere without me.  I fear for my unborn grandchildren, who may be unable to take a bathroom break without meeting up with some confused soul who can’t decide what they want to be when they grow up.  I happen to agree with a friend of mine – check yer plumbing!  Seriously.  It’s not hard to figure out.

I also think it’s pathetic for grown folk to throw a temper tantrum and boycott my whole state just because some brave God-fearing individuals in the so-called Bible Belt who happen to hold different moral values are finally speaking out.  If that’s not abuse of fame and fortune, not to mention manipulation of emotion and politics, I don’t know what is.

Seriously?  The Bible Belt is going to let 3.8 percent of the population accuse them of discrimination, while that same 3.8 percent is discriminating against others themselves?  It reminds me of a lesson I learned, of all things, at an Amway convention.  A speaker started swinging his arms wildly, as he proclaimed, “you have the right to freedom of speech…” at which point he walked over to a fellow speaker, now hitting them with his flailing arms, adding, “… until your freedom of speech… takes away mine.”  I couldn’t agree more.

“North Carolina isn’t the only state that’s been caught up in these discrimination debates. Since January, almost 200 anti-LGBT bills have been introduced in states, which many people see as reactions to last June’s Supreme Court marriage-equality ruling. Recently, Georgia Gov. Nathan Deal vetoed a religious freedom bill, saying, “I do not think we have to discriminate against anyone to protect the faith-based community in Georgia.”

There’s a whole lot of truth to that statement. Actually, I don’t think I ever have.  Discriminated against someone.  For any reason.  But it also goes vice-versa.  Or, to quote my grandmother, what’s good for the goose is good for the gander.  They don’t need to discriminate against me either.

I guess it might be a catch-22, or ‘circular reasoning’ if you prefer the scientific term. One citizen accuses another of —— (fill in the blank; racism, bigotry, sexism, hate crime, discrimination…), while ignoring the fact that, by doing so, they are doing the same.

It’s been a while since I had the chance to blog, and I’m some kind of fired up! My bible says in Colossians 3 verse 12 that we’re to ‘put on’ mercy.  That would imply to me two things; one, it doesn’t come naturally, and two, it’s an active choice.

I got to make that choice just last night. And, hallelujah thank God for growth, I kept my mouth shut.  Yep, that’s major growth for me.  An opportunity to get offended presented itself and I turned it down.  Growth takes a whole lot of dying, but it’s worth it.

For integrity’s sake I’ll share only general details.  Someone had the opportunity to help me, but chose to exert their power and withhold that help.  The ironic thing was, all I was asking was the same courtesy that leader had been extended to a fellow church member just two minutes before.  I realize of course that the leader in question withholding the help was completely unaware of this fact, but I learned a serious lesson.  If God ever puts me in a place of prominence and power I pray I never use it to withhold help from those who ask, but rather, not only to never withhold good but to even have my mind full of ways to be a blessing, according to Galatians 6 verse 10, and to prefer one another more highly than myself, according to Philippians 2 verse 3.

Many years ago I read a quote by a guy whose name I truly wish I could remember because I’d give him credit. He said simply this: a great man shows his greatness by the way he treats little men.  As the years have gone by I’ve meditated on that and though I understand his intent I’ve realized that there are no little men.  My fellow Christian leader acted like they have yet to learn that lesson.  After many interactions with this individual it has become apparent that if the child of God before them is not important (prominent), they are not important (of value to the leader personally).  Which is ok, but that’s not the kind of person or Christian but above all, leader, I want to be.